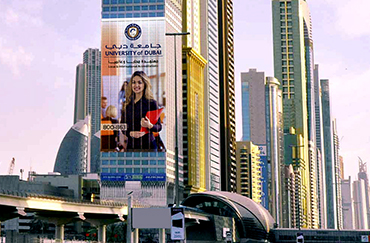 The UAE Government had announced that The Dubai Municipality will issue guidelines regarding a permit that will be required to advertise across the emirate.

Making Dubai the best city to reside, taking care of safety and visual appearance and beauty of the city as well as preventing misinformation, Sheikh Mohammed bin Rashid Al Maktoum, UAE’s Vice President, Prime Minister and Ruler of Dubai has issued a new decree stating that advertising can no longer be placed on historic, government and residential buildings, as well as traffic lights and signs, trees, places of worship, restricted and military areas and any other areas restricted by authorities.

The ruling applies to all areas of Dubai including free zones and private development zones, and is expected to take effect three months after it is published in the Official Gazette.

The decree also adds that permits will now be required to display advertisements. The Dubai Municipality will issue a set of guidelines outlining the conditions of obtaining the permits. Those in violation of the decree could face fine and penalties, but violators can appeal in writing to the director general of the concerned government entity within 30 days of the date of the fine notification.