Visa reforms to give confidence to investors, entrepreneurs 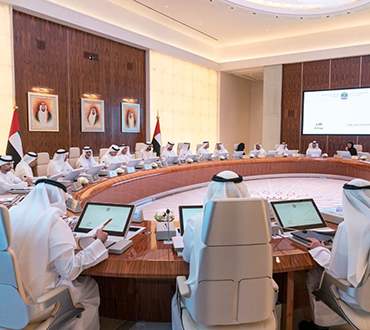 UAE relaxed norms for investors and entrepreneurs, to give higher duration visas

Dubai: Businessmen in the UAE are expected to be more confident in investing more as a long-term stay brings more certainty, according to experts.

On Sunday, the UAE relaxed norms for investors and entrepreneurs to get a higher duration visa upon investment of a fixed sum, a few weeks after the UAE upgraded its place in terms of ease of doing business.

In the World Bank’s ‘Ease of Doing Business’ report, the UAE jumped 10 places in the Ease of Doing Business ranking to 11th position globally in 2019 — up from 21st position last year — to lead the Arab world for the sixth consecutive year. The country had a special mention on progress in introducing new reforms and also entered the top 20 in the global ranking.

The decision will further consolidate UAE’s position as one of the most competitive economies in the world with high ease of doing business. – A. Ahamed | LuLu International Exchange

Among the 10 topics, the UAE scored very high on factors such as getting electricity connection (with top score of 1), paying taxes (2), dealing with construction permits (5) registering property (7), enforcing of contracts (9) and protection of minority investors (15).

“The decision by the government will promote economic growth and further consolidate the UAE’s position as one of the most competitive economies in the world with high ease of doing business,” Adeeb Ahamed, chief executive officer of LuLu International Exchange said.

“The per capita GDP impact of talent and capital will be significantly high and will support accelerating UAE’s continued growth — both in terms of ‘quality’ and ‘value’. Several developed economies have successfully adopted and benefited from highly skilled migrants and job creating investor programmes. This well thought-out programme rolled out by UAE can be further developed and fine tuned based on the impact it makes over the next 1-2 years,” Shah added.

The UAE has also announced its decision to give long-term visas to highly skilled professionals, giving an impetus for talented professionals to stay longer.