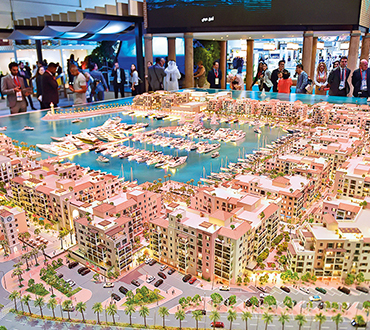 Developers in Dubai have a new benchmark to aim for — a Dh5 million property — when it comes to targeting buyer prospects. Because that’s the price that will fetch the buyer a 5-year residency visa and potentially opening up a new growth opportunity within the property market.

And longer residency visas are exactly what is required to open up new investor markets, sources say. “Every market wants a piece of China’s investment power and Dubai is putting itself in a prime position to capitalise,” said Firas Al Msaddi, CEO of fäm Properties. “The announcement underlines the fact the government will not stop until the market is back where it wants it to be. This initiative will be complemented by many others.

“This is the time to acquire prime assets that aren’t available during boom times.”

In the first rush of the new law coming into effect, Dubai’s government-owned developers would be best placed. Locations such as Mohammad Bin Rashid Al Maktoum City, Creek Harbour and all the “island” locations off the Dubai coast could be beneficiaries.

Starting next year, all Dubai-focused property shows — both held here and at roadshows in key overseas destinations — will see the Dh5 million and 5-year residency connection getting highlighted. Market sources say that at this moment in time, the higher end of the property market is what requires sustained momentum and this could well provide that.

In a statement, the Dubai Land Department Director-General, Sultan Butti Bin Mejren, said the move will help Dubai “remain on the list of destinations most attractive to investors as well as those seeking high-quality accommodation and educational opportunities.”

Targeting the higher end of the property spectrum has worked well for Dubai and its property market in the past. In 2011, the upturn brought on by the Arab Spring and the inflow of capital from the rest of the region was initially felt in Dubai’s upscale freehold destinations — the Palm, Dubai Marina, etc.

With a new set of locations being readied, the longer residency options could well propel these on the investor radar. The thinking is that as in any market, end-users will be active enough to take care of mid to lower end of the property market.

“Some investors will recognise the opportunity immediately and those who decide to wait and see what happens will be missing out,” said Msaddi. “Once these equations have made their impact, the market will have already bounced back and they will have missed their opportunity.”

What the market will watch out for

* The new regulation says that “all” property valued at Dh5 million will ensure the owner has access to longer term visa. Will that extend to all types of commercial real estate?

* Whether this applies to existing property that had been acquired for Dh5 million or more. Will this have retrospective effect?

* Those who own a stake in an existing company or partnership valued at Dh10 million and higher will have access to a renewable residency up to 10 years. In this case, the value of the property within that Dh10 million of up to 40 per cent will qualify for visa renewal every 10 years.