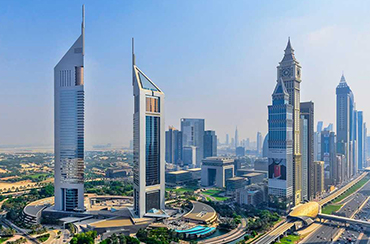 His Highness Sheikh Mohammed bin Rashid Al Maktoum, Vice President and Prime Minister of UAE and Ruler of Dubai, on January 14 announced during the second Dubai Council’s meeting that a new district under the name of ‘Dubai Future District’ dedicated to the new economy will take shape in Dubai.

Sheikh Mohammed also announced the launch of a Dh1 billion fund to support new economy companies who will operate out of Dubai Future District, and who have the potential and foresight to drive Dubai’s new economy and contribute to enhancing the emirate’s position as a preferred destination for global talents and entrepreneurs, through many initiatives and projects aimed at turning Dubai into a nexus for business and an integrated investment environment that offers exceptional facilities.

The new district, along with the new fund, will provide unprecedented financing and legislative facilities and options for businesses.

Sheikh Mohammed also announced a new Dh2 trillion target for the volume of Dubai’s foreign trade by 2025, which will be supported by establishing 50 offices around the world, each tasked with promoting Dubai’s unrivalled trade, tourism and investment offerings through and intensifying and unifying of external marketing efforts.