Behind Fireworks at Burj Khalifa 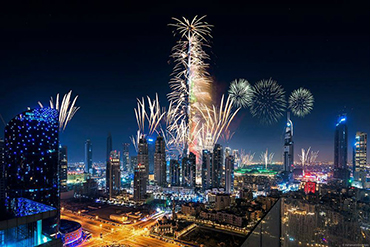 Dubai’s mesmerizing Burj Khalifa, one of the tallest building of the world, astonishes billions of people daily, and for the New Year’s eve it was the peak of visitors for one of the best shows across the world.

With the breathtaking pyrotechnic show specifically designed for such occasion, the world’s tallest building marked the start of the new decade, 2020! The Burj Khalifa was transformed through animation, light, music compositions and fountain – all united in one show of a century. Unforgettable experience, and millions of people came to Dubai Downtown to watch it live every year. To mark the start of a new decade the show on Burj Khalifa was conceptualized by Emaar.

On the backstage, thousands of workers are on guard every minute to keep the show smooth, and valuable guests do not notice how much work is being performed in the background.

After the show has finished, the invisible heroes armed with nothing else but brooms took on the task of giving a clean look to Downtown Dubai by 2:30 am, just after the show. Sometimes they get abused by visitors for stopping them over violations but still they are always smile and do their duty at their best – keep the best experience for visitors of the Fireworks.